I’m not sure what the future might hold for the Rant, but Curmudgeon’s are full of surprises. This might go back to what it started as, just an old guy’s blog. Who knows?

God bless you all! 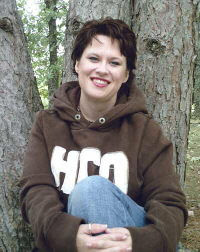 Tracey Bateman is the award-winning author of more than twenty-five books, including Defiant Heart, the first in the Westward Hearts series. She is a member of American Christian Fiction Writers (ACFW) and recently served on the board as President. She lives in Lebanon, Montana, with her husband and their four children. 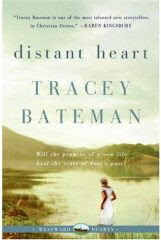 In the second book in the Westward Hearts trilogy, will the promise of a new life out west heal the scars of Toni's past?

This series tells the stories of three strong women as they struggle to survive on the rough wagon train and lose their hearts to unlikely heroes along the way/ Thin Little House on the Prairie meets Francine river's Redeeming Love and you begin to get a sense of the riveting historical series that Tracey Bateman has created.

In this second installment, we follow Toni Rodden, a former prostitute who sought to escape her past and build a new life, and a new reputation, when she joined the wagon train. Despite much resentment and distrust from the other women, Toni has finally earned a place on the wagon train and found a surrogate family in Fannie Caldwell and her two siblings. For the first time in her life, Toni actually feels free.

But while Toni once harbored dreams that her new life might include a husband and family, she soon realizes the stigma that comes with her past is difficult to see beyond and that she'll never be truly loved or seen as worthy. As the trip out west begins to teach her to survive on her own, she resolves to make her own living as a seamstress when the train finally reaches Oregon.

But despite Toni's conviction that no man will be able to see beyond her marred past, Sam Two-feathers, the wagon scout and acting preacher for the train seems to know of a love that forgives sins and values much more than outward appearances. Will Sam have the confidence to declare his love? Will Toni be able to trust in a God that can forgive even the darkest past? Faith, love, and courage will be put to the test in Distant Heart.


What Lies Within (Multnomah), is the 3rd installment in the Family Honor Series, by best selling author, Karen Ball. I can sum this book up with just one word. AWESOME!

..
.
.
ABOUT THE BOOK
NOTHING’S GOING TO STOP
UNTIL THE GROUND
CRUMBLES BENEATH HER FEET
.
Kyla Justice has arrived. Her company, Justice Construction, is one of the most critically acclaimed, commercially successful companies in the Pacific Northwest. And yet, something is missing. Not until she’s called on to build a center for inner-city kids does she realize what it is: her sense of purpose. Now nothing can stop her, not the low budget, not supply problems, not gang opposition, not her boyfriend’s suggestion that she sell her business and marry him–and most especially not that disagreeable Rafael Murphy.

Rafe Murphy understands battle. Wounded in action, this Force Recon Marine carries the scars–and the nightmares–to prove it. Though he can’t fight overseas any longer, he’s found his place as a warrior in the civilian world. So he soldiers on, trusting that one of these days, God will reveal to him why Rafe survived the ambush in Iraq. That day has arrived.

Kyla and Rafe both discover that determination alone won’t carry them through danger and challenges. When gang violence threatens their very foundations, there’s only one way to survive: rely on each other, be real–and surrender to God. In other words, risk everything… 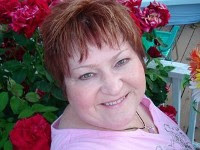 Karen Ball is the bestselling author of over seven novels and four novellas, including Shattered Justice, Kaleidoscope Eyes, and The Breaking Point. Her powerful writing blends humor, poignancy, and honesty with God’s truth. Karen lives in Oregon with her husband, Don, and their “kids”–a mischief-making Siberian husky and an indefatigable Aussie-terrier mix.